Skip to content
Posted inCG.Hosting
Posted by By Martin May 9, 2021 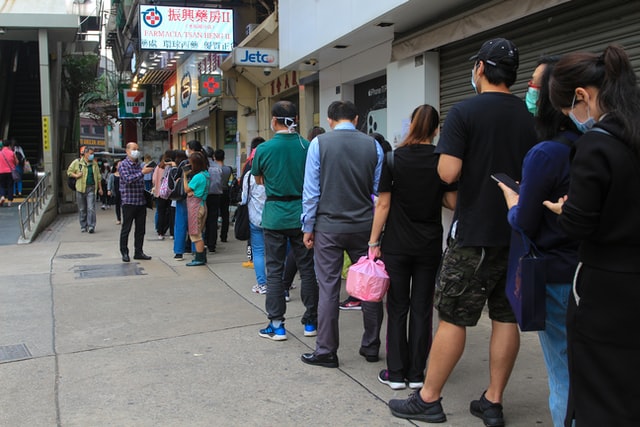 Sometimes I need to prevent multiple instances of an application from running at the same time. Before .NET came along, I just dropped the code for that into the application itself. Now, using .NET, I can hang features like that off the IHost or IHostBuilder objects themselves, using extension methods. That way, the logic isn’t cluttering up my application startup, but, I can also still enjoy the extra functionality without any bother.

Here is a listing for the method I wrote to prevent multiple execution of a program:

Let’s walk through what’s going on. The method starts by validating the incoming parameters. After that, it sets the console’s title to the friendly name and version of the application …

You know, as I write this, I realize that setting the console’s title really has nothing to do with preventing multiple instances from running. I’ll go back and try to find a better place for that code. I know why it ended up there – it was for a specific project – but it needs to be moved. No worries though, easily fixed …

The next thing we do is create a safe name for a Mutex object. What do I mean by safe name? Well, it turns out, some names will cause runtime errors if they are used for Mutex objects, in Windows. For instance, anything with ‘\’ or ‘:’ will create drama. Why? I can only surmise it’s because the Mutex is using some sort of file, under the covers, that gets mapped to that name, and those symbols must mess up the path, for that file. Dunno, that’s just a guess on my part. What I do know is, we don’t want to allow those characters in the name.

In case anyone doesn’t know, a Mutex is a mutual exclusion object that controls concurrent access to a resource. In other words, a Mutex prevents a resource from being used by more than one thing, at a time. In our case, the ‘resource’ is our application, and the ‘thing’ are other instances of our application that are trying to run at the same time. So, we’ll use the Mutex to ensure that we run one, and only one instance of our application, at any one time.

Next, we create a Mutex object, using our safe name. After that, we call the WaitOne method, on the Mutex. That tells the Mutex we want access to the protected resource. If WaitOne returns true, we can assume that we have access to the resource. That’s why we use the try/finally block, because one way or the other, we need to give up control of the Mutex when we’re done. Inside the try/finally we invoke the action delegate. When the delegate returns, we call ReleaseMutex, on the Mutex object, to release our hold on the Mutex.

Notice that the try/finally blocks are actually nested here. That’s because there is a condition that we need to be aware of, when using a Mutex object. That condition is where the Operating System thinks the Mutex was captured and then, never released. It’s called an ‘abandoned mutex’, and it happens for any number of different reasons. The thing is, when Windows thinks a Mutex is abandoned, it will throw an exception that effectively gives access to the next process that asks for the object – but, it gives access in a way that also says, ‘this object was abandoned before, and now you are responsible for cleaning it up.’ If, or when, we catch that exception, we check the Mutex property, on the AbandonedMutexException object, and if anything is there, we call ReleaseMutex to cleanup the object.

Once we’ve cleaned up the Mutex, it’s no different than if we got control of the object without all the fuss and drama. In either case we still want to invoke the action delegate, to run our application, so we call the Invoke method on the action delegate.

Having covered the internals of the method, here is how I typically call it:

Where ‘Put Logic here’ would be my application logic.

I didn’t mention, but I also have an async version of this extension method, called RunOnceAsync.

Everything I covered in the blog post is part of the CG.Hosting NUGET package. The source is available HERE. The package itself can be downloaded HERE.